What Will 2014 Bring for Libraries?

As for 2013, well: budget cuts (if not outright closures) continued to hit libraries that were still recovering from earlier rounds of budget cuts, many libraries were still struggling with hiring freezes (which impacts those seeking to enter the field), the government shutdown (in the US) saw the National Archives and Library of Congress temporarily closed, in New York City library lovers continued to tussle with NYPL’s much maligned central library plan, there was the continual commentary of people predicting the impending death (due to uselessness) of libraries, and there was the nibbling fear of the changes that technology would bring.

And yet, libraries survived.

For libraries (and their staff and supporters) are tenacious. Though librarians can at times be accused of engaging in a somewhat sardonic “woe is us” discourse, these dirges seldom seem symptomatic of an ennui that leads to total apathetic inaction. If the chorus of the library’s song is somber than the leitmotif is still filled with promise. Indeed when speaking with librarians about the current state of libraries one frequently comes away with the sense that: yes, things may be tough at the moment, and they may well only get more difficult in the months ahead, but ultimately libraries are important.

Even in 2013 – in a world ever more awash in e-readers, tablets, smart phones, and video game consoles – there remains something wonderfully radical about libraries. Less “radical” in an outright political sense, than radical in a larger societal sense. For libraries – despite the cuts – remain amongst those ever more rare “public spaces,” ones wherein the promise is extended that people living in a society have the right to access the informational/cultural treasure trove of that society. Budgetary troubles have demonstrated consistently that libraries are not truly free (they are taxpayer funded) and yet libraries remain a real world example of mutual aid in action (we all contribute so that we may all benefit) wherein the contributions we are each asked to make are returned to us many times over.

While these examples may seem to privilege public libraries the same basic sentiment can (and should) be extended to academic libraries and nominally “private” libraries (insofar as the public can still often obtain access to these collections), for what remains noteworthy in all of these cases is that they stand as demonstrations that when people come together in a meaningful way they can still provide value to the whole community. And sometimes this value may simply mean a warm, dry place to sit, or access to a lavatory, or access to a computer (it remains difficult to apply for jobs on a smart phone). While it is true that libraries seldom provides the most basic requirements from Maslow’s hierarchy of needs, they nevertheless serve as a sites that declares that the “self actualization” of the higher tiers can and should be made accessible to all members of a society, even if they could not personally afford all of the volumes and machines found within a library.

One of the oft unspoken character elements of librarians, archivists, and others of that ilk, is a certain recognition of the way in which libraries are special in society. Granted, many might articulate it very differently and there would certainly be some who would shrug and simply say “it’s just a job” – but the survival of libraries suggests that something more is going on. With prospects what they are for those seeking employment in libraries and archives, there must be something else afoot for people to feel so summoned to the field (it’s not like people are any longer flocking to libraries for good pay and a stable position [and there’s that sardonic humor for you]). In attempting to define “freedom” (which is always a dangerous task) the philosopher Simone De Beauvoir wrote (in The Ethics of Ambiguity) that:

“to be free is not to have the power to do anything you like; it is to be able to surpass the given toward an open future;” (De Beauvoir, 91)

It may be that the above lines capture a key element of the ethics that undergird libraries (even if it would not always be expressed in exactly those terms). For a library does not allow one just to “do anything you like” (though conceivably it may allow you to read “anything you like”); however, what libraries offer to individuals and a society is a way to “surpass the given toward an open future.” Indeed, it may be these words that are particularly important when considering libraries in the context of our increasingly technological society. Perhaps one of the reasons that libraries do not overly need to fear technological advances is that most technologies are not gateways to “open futures,” but paths paved by proprietary systems wherein the respect for patron’s privacy (accorded by libraries) is unmet by a given platform’s terms of service.

Yet all of this still fails to truly predict what challenges libraries will face in 2014. To give an honest prediction would require precognition; however, we can imagine that the trends that have been hammering libraries these past years will continue in 2014. While this may seem like a woeful prediction it is not truly meant as one, for even as the problems persist so to will the energy and commitment of those who love libraries. Nevertheless, in an attempting to focus upon (what seems to be) one of the ethical premises at work in libraries, what perhaps emerges for 2014 is a sense of the areas that deserve greater focus. It may well be that a lesson coming into sharper and sharper relief is that it is time for the ethic of libraries to be fore grounded as opposed to the basic services.

After all, when people declare libraries to be relics of a pre-digital era, they are generally demonstrating their own one-dimensional understanding of libraries – to those who make such arguments a library is generally just a place filled with books. Whenever such a “libraries are obsolete” argument is made it is common to see librarians (and library fans) ripping apart the argument by pointing out how much more libraries are than simply repositories of books. While it is always worthwhile to offer a corrective to those predicting the digitally wrought death of libraries (even if it is just to point out that such a death would be catastrophic for a democratic society), the challenge that these situations makes evident – the challenge that librarians must embrace with ever greater vigor – is that libraries need to focus on the values that libraries embody, instead of the stacks filled with books.

It seems as though the need to shift the discussion has been particularly evident (and visible) in all of the swirling anger and emotions about NYPL’s central library plan. Here, the plan to move most of the books from out of the historic 42nd Street library (the one with the lions out front that now has the name of a banker chiseled into its façade) and to have the building’s interior turned into a circulating library (which will involve the closing of some other nearby NYPL branches) – the plan has met with a great deal of aggravation. Much of which has focused on anger that many of the books are being moved to offsite storage. But every time the argument is focused around “the books are being moved offsite” it provides an opportunity for somebody who does not care for libraries to reply with a gruff “what does it matter? They’re all in the cloud anyways.” In such an instance, the stronger argument is to emphasize that the central library plan will collapse three busy libraries that are already overly filled with patrons into one library (insofar as closing the business library (SIBL) and the Mid-Manhattan branch of NYPL, remains part of the plan), to point out that millions upon millions of dollars are going to pour into this project whilst the branch libraries scattered throughout the city are starved for funding, while a further argument is that the decisions in the central library plan have not been an appropriately open or adversarial process and thus the communities being effected have not had a chance to ensure that their libraries meet their needs (granted, this plan may already be far enough along that criticizing it is howling in the wind).

Arguing for the intrinsic value of books is worthwhile, without a doubt, but the intrinsic value of libraries is so much stronger and so much more complex than simply the value of books – arguing for the former ignores the strength that the latter argument brings. Of course, librarians, archivists, and supporters of libraries have been making many of these arguments in one form or another for years. And, alas, they will probably need to continue making them for years. Though, in fairness, many have been predicting the death of libraries for years…and libraries (for all of their troubles) are not teetering on the edge of oblivion.

In an age awash in more information than can be easily evaluated, in technological times where thousands of books/albums/films are just a finger tap away, and at a time when “public space” is increasingly becoming a privatized “walled garden” online – libraries have a particularly important role to play. Not simply as advocates for access to information, but as advocates for a path “towards an open future.” An “open future,” not a “Google future” or a “Apple future” or a “Facebook future” or a “watched by the NSA future” but an “open future.”

The values that libraries embody are more important now than ever, many people may have a vague sense of the importance of these values but it falls to us to demonstrate the ways in which libraries actively embody the spirit that many would hope to see in a more just world.

Which means that 2014 will be a good year for libraries. 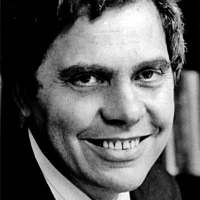 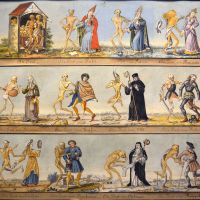 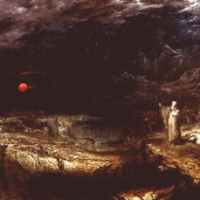 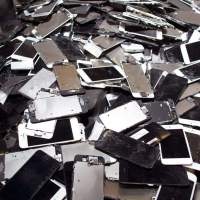 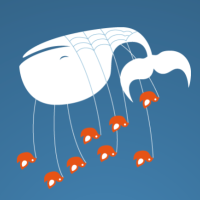 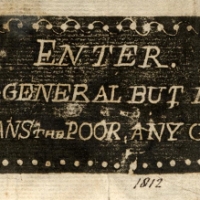 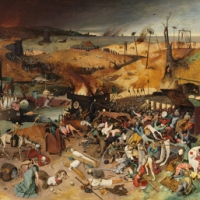 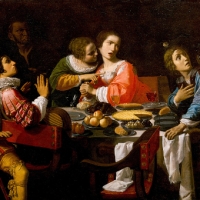